to serial knit, or not

This is a repost of a blog entry from 2017 - it's such a good story, and it is the twins' birthday week, that I think it deserves a reprise. - SK

I've been musing on the idea of serial knitting (knitting a certain project more than once, even over and over). I don't do it*. This must put me over into "product knitter" territory, because I almost never feel the urge to knit something more than one time. But I'll come back to this in a minute.

Let's digress to that time I had to knit something four times.

My mom (Hi Kay!) is a twin. One day she and her twin (Hi Auntie Kim!) were on vacation together. Separately, they each went to the knit store in town. They each phoned me from the store, and asked if I would please make them socks if they bought the yarn. First time, I said, "sure!" Second time, I said, "wow, your sister just asked me that, but ok."

Then the twins came back from vacation and delivered their yarns to me, one at a time. And wouldn't you know it, they had bought the same exact yarn. Same yarn, same colorway, same everything. Oh yay.

(kind of reminds me of the time in the 90s that they showed up to their birthday party in essentially the same shirt and then both closed their eyes for their picture - let's revisit that for a moment, shall we?) 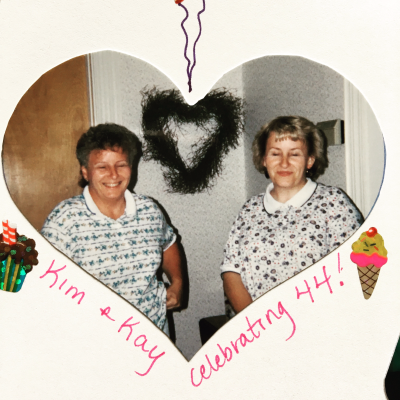 So, I had to make the same sock four times. And you thought Second Sock Syndrome was hard to deal with. 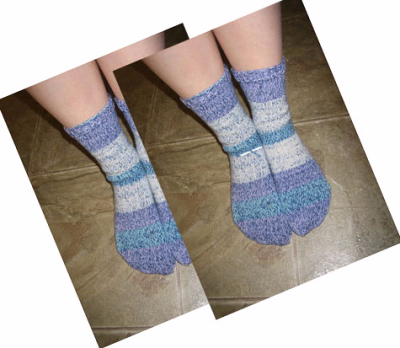 No, you're not seeing double. That's four of the same g*d*$# socks.

Even the things I have knitted and loved the most don't compel me to knit them again**. Sometimes I think I might, or even say I might, but I never do.

How about you all - do you serial knit? Even large projects like sweaters?

*The Fine Print: there are a few things I have serial knit in my life - like 6 matching striped ski hats so my Six-Pack friends and I could look like dorks on the slopes (apparently there's no photographic evidence of these); or wurm hats, or pussyhats for my whole family; or plain vanilla socks. I don't really feel these count.

﻿** ﻿2021 Update: If you've been following along on FB, I am actually knitting a sweater for the second time - my Old Town cardigan in Dream in Color Smooshy with Cashmere - which we just restocked with 10 fresh colors this week! And I don't regret it for a second.

All the good stuff; never spam. Subscribe now and get a coupon code for 10% off your next order!

By clicking enter you are verifying that you are old enough to consume alcohol.

Your cart is currently empty.